In the olden days, Blackfriars was a salacious district of London. Prostitutes abounded and Shakespeare’s Globe was almost directly across the river. The area was a derelict hub of creativity, poverty and uniqueness. Today the area features Victorian architecture and is the setting for the film and TV versions of Sherlock Holmes and David Copperfield.

So when I happened across Blackfriars Lane in Sydney and I got the same Victorian British vibes, I knew that ti had to shoot a British-themed look there.

I’ve updated it somewhat – Victorian steampunk isn’t exactly in my repertoire – so it’s a modern take on British fashion. Naturally I’ve included the ubiquitous trench coat. This version is a wrap tie one in a thick wool. Obviously it’s completely impractical for Brisbane, but fuck it, it’s pretty.

I’ve also drawn inspiration from Anna Quan and the oversized cuff trend that’s dominating women’s fashion at the moment. By unrolling (and ironing the wrinkle out) your french cuffs you can achieve a similar look that’s still masculine. Plus I really love the crispness that a fresh white shirt adds to a look.

Topping off the ensemble with cropped, distressed jeans and cuban heel boots, I’m ready to tackle the London rain. Like not really cos these boots are suede, but ya get the gist.

Sidenote. Guys, invest in a good pair of cuban heeled boots. They add so much height, they make your legs look better, and they just elevate your outfit so much. It’s actually insane how much I love these.

What do you think of this outfit? Did I get tha lundun look?

This look was shot by Ali Gordon, make sure you go check her out on Instagram @modestoblog or on Modesto Blog. 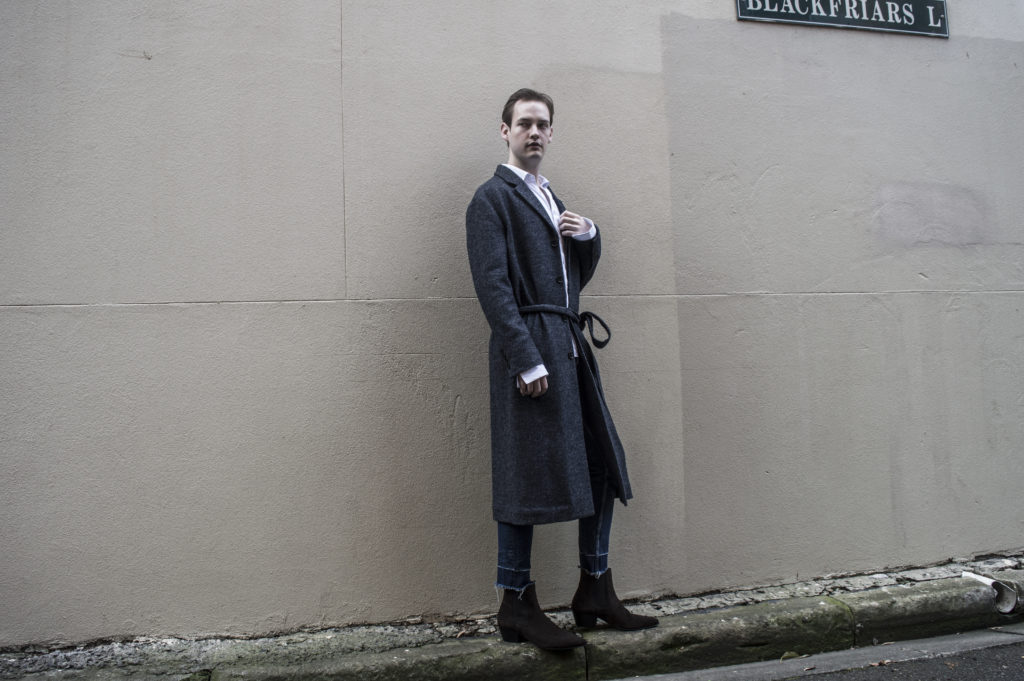 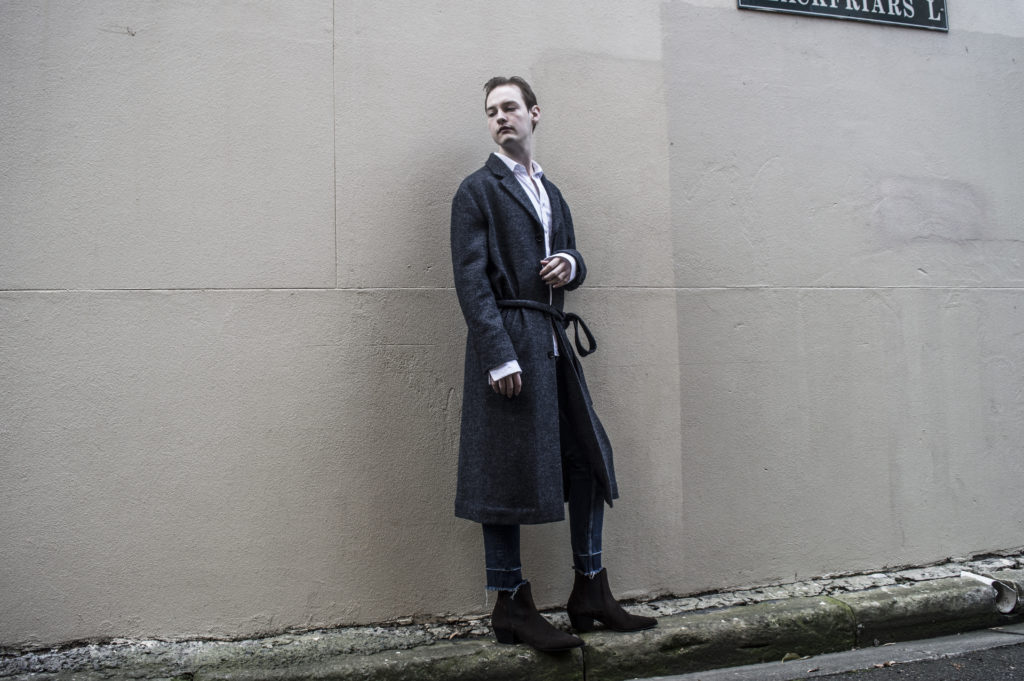 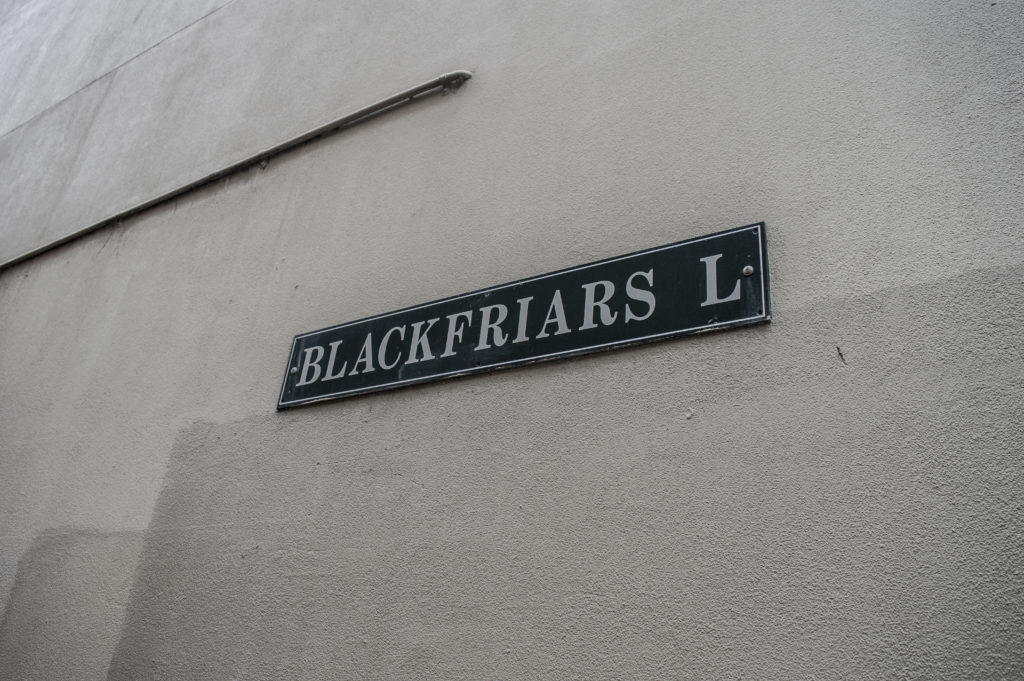 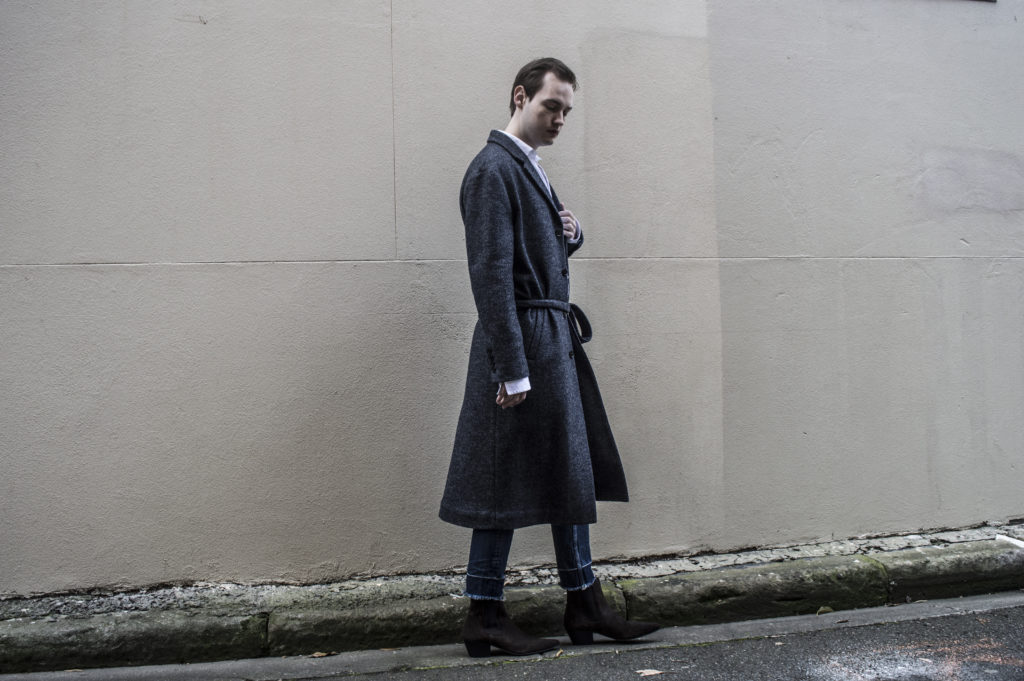 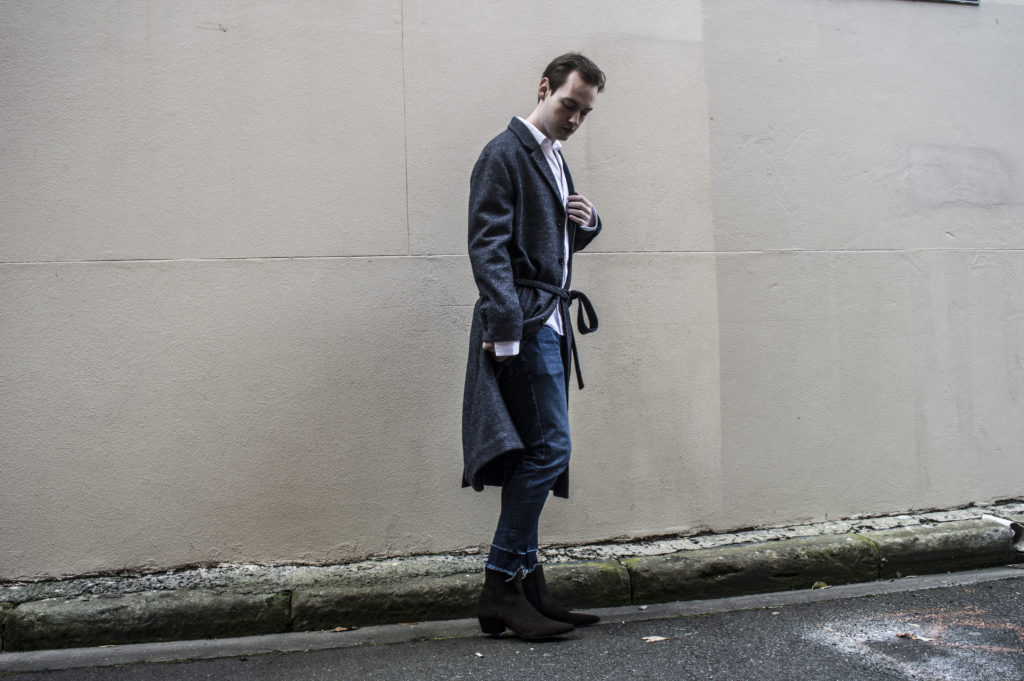 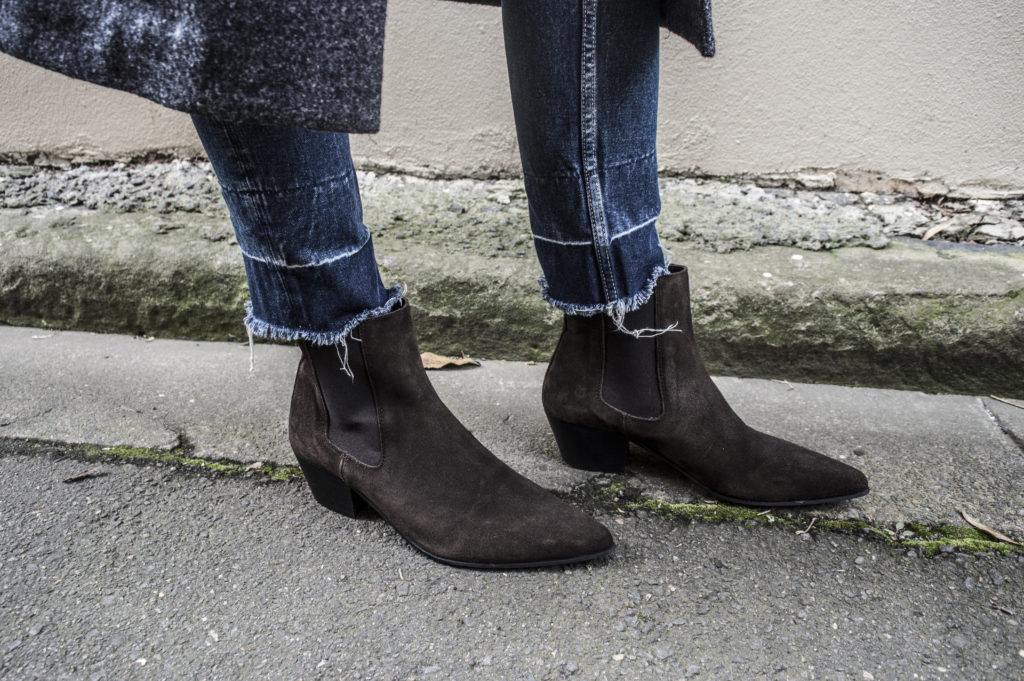