In case you’ve had your head in the sand recently, you would have noticed that it has become a bit of a “thing” for people to wear work out gear to brunch, when in fact, they have not worked out, nor do they have any intention to.

Now I love brunch as much as the next human, and I hate exercise, but I love people to think that I’ve done exercise. And I’d love to think that I could do Yoga. So I love this idea, and I thought, why the fuck don’t I put it into practice. So that’s exactly what I did with this shoot.

Ideally I would’ve had joggers and running shoes, but ya know! What’s a boy to do when his closet is firmly planted in the “not suitable for working out” section.

This short sleeved sweater is from Cotton On and I fucking love it. It’s suitable for a breezy autumn day, or, like here, layered over something when it’s a bit colder. I bought this turtleneck over in Barcelona, and it’s of a size so retardedly small that I can’t actually wear it by itself without resembling a hippopotamus. But the neck is super cool, you can actually wear it buttoned up in traditional turtleneck style, or let the flaps loose in the breeze and have it asymmetric.

I paired it with some Armani Exchange jeans, Hype DC slip ons and these super cool shoe laces from the baes over at Bondi Laces.

This editorial was shot by the amazing Elise Walsh from Offbeat Imaging. Go throw her some love on Instagram @offbeatimaging and on Facebook. 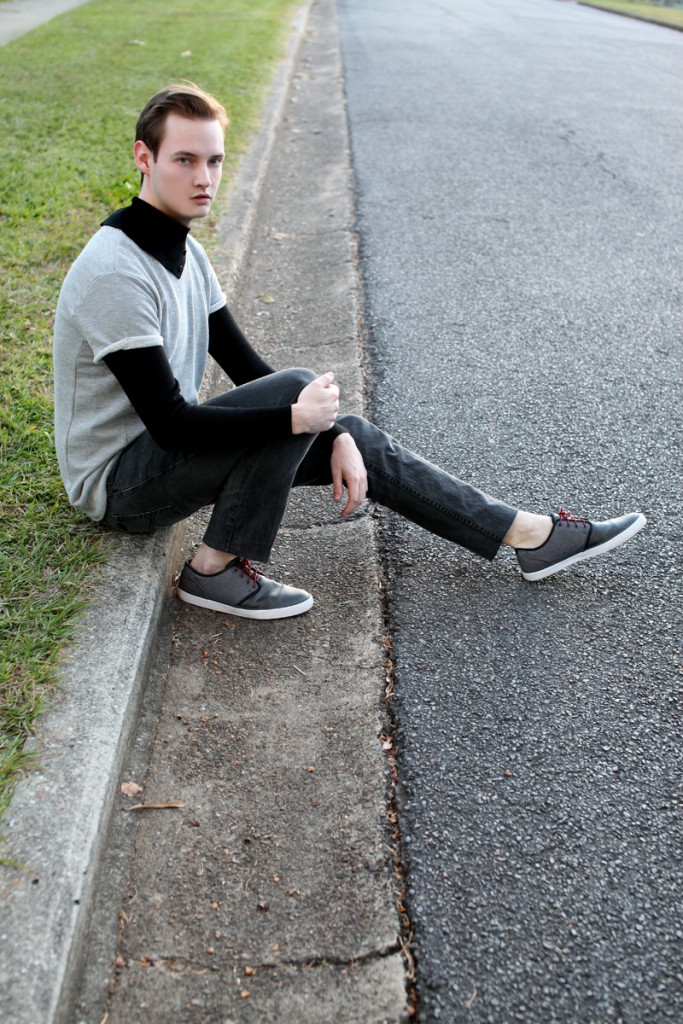 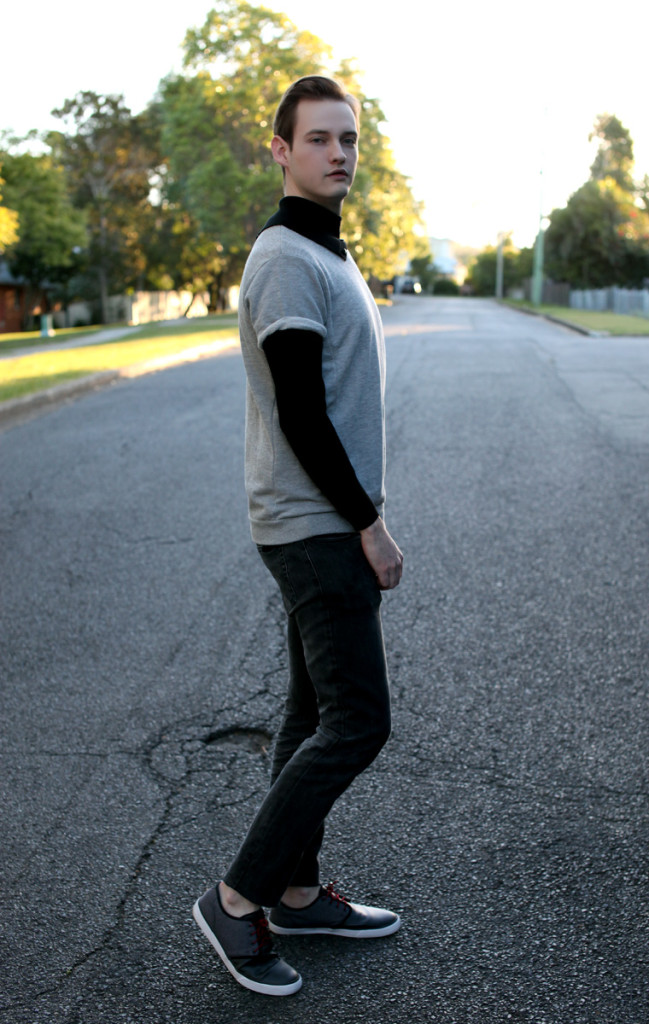 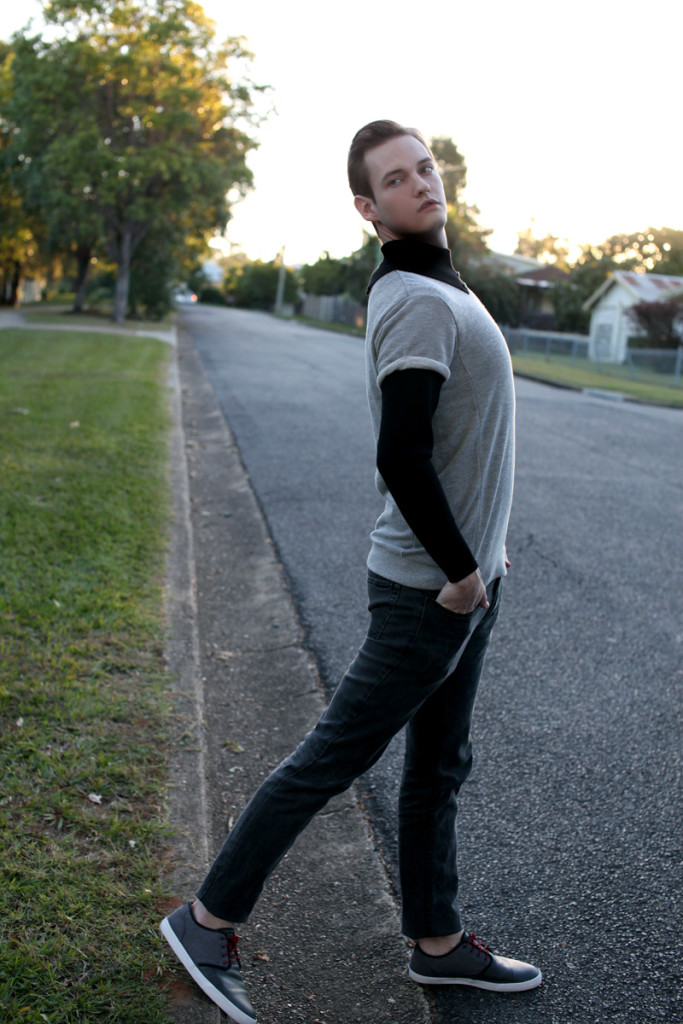 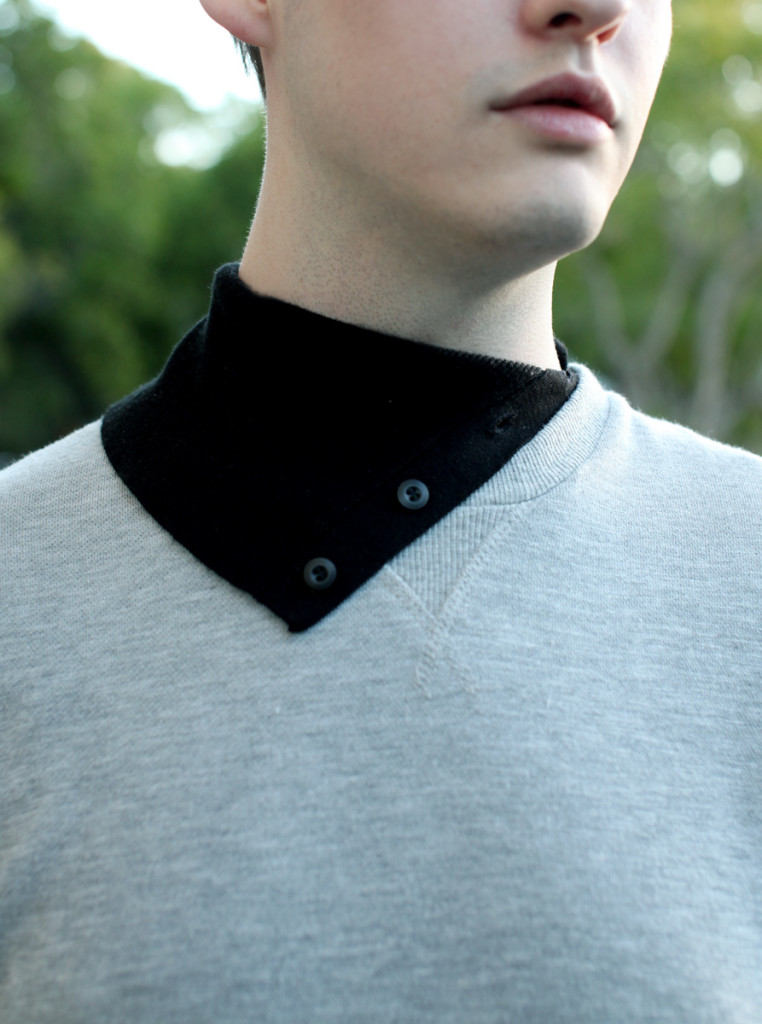 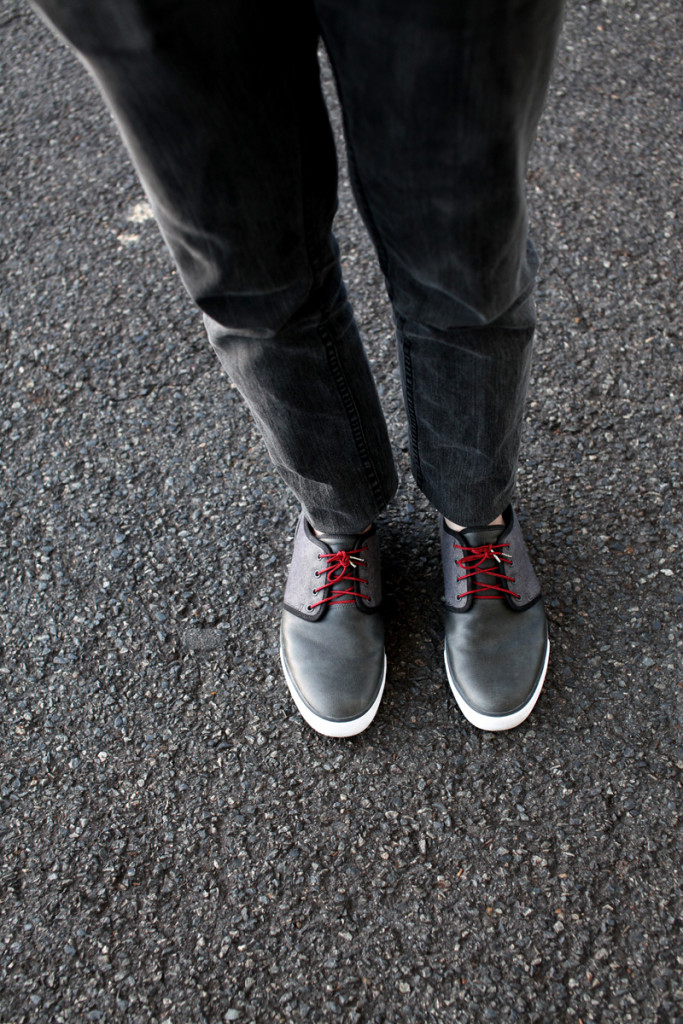 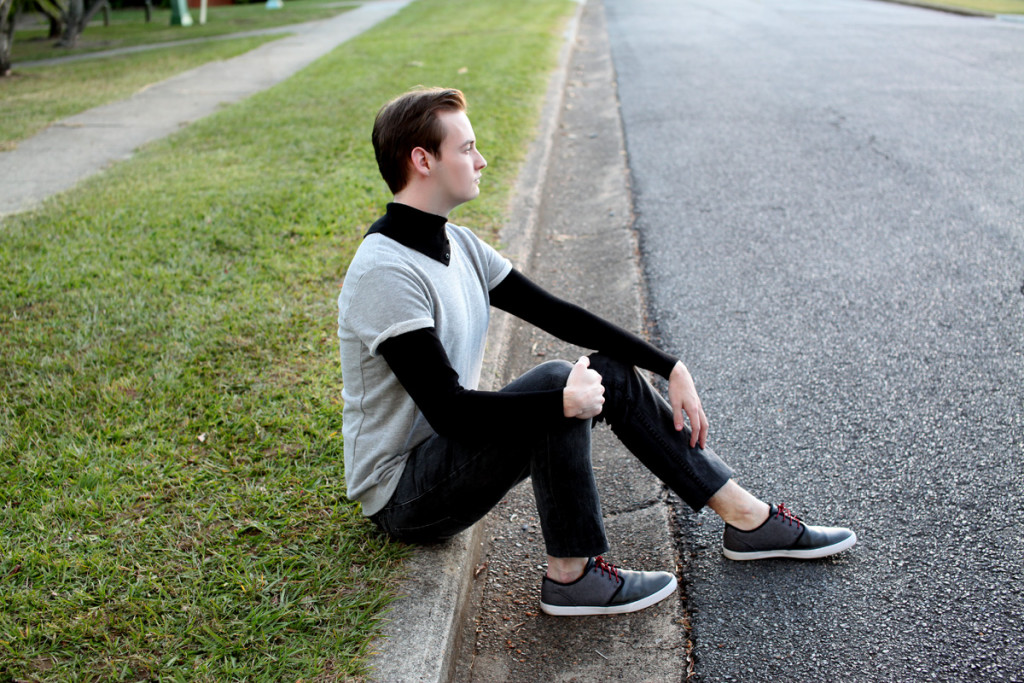